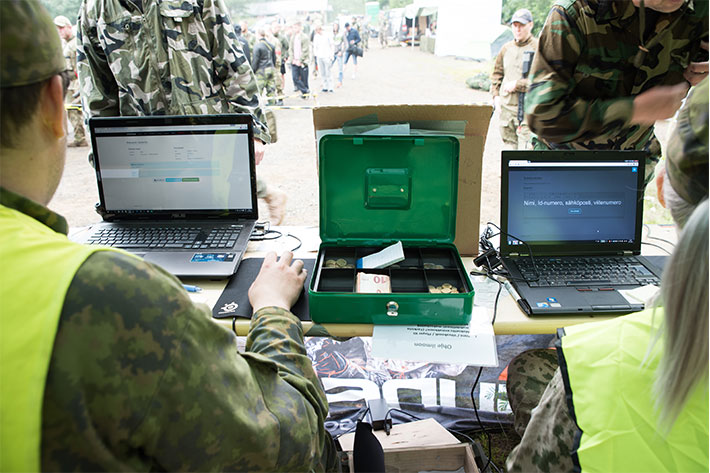 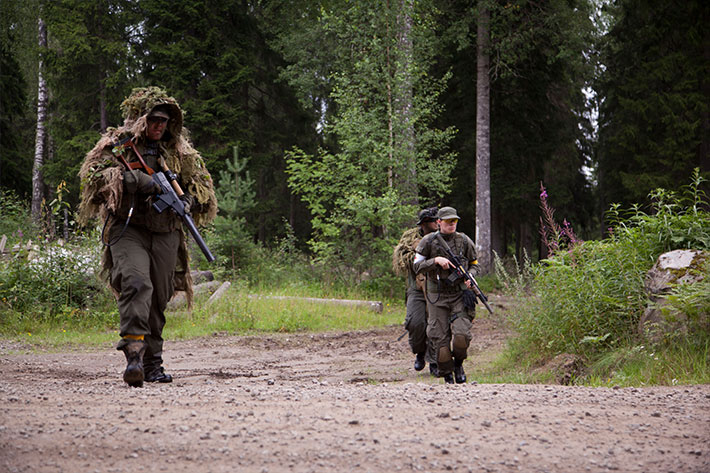 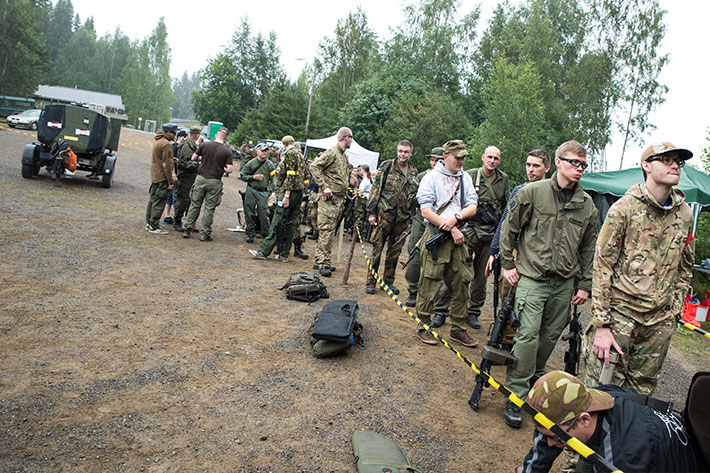 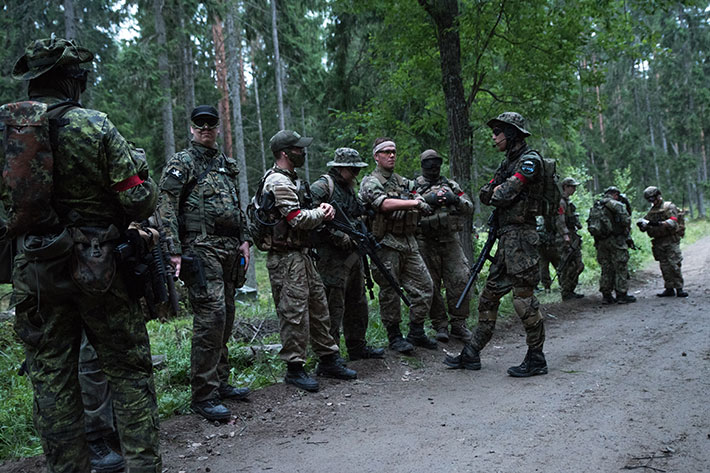 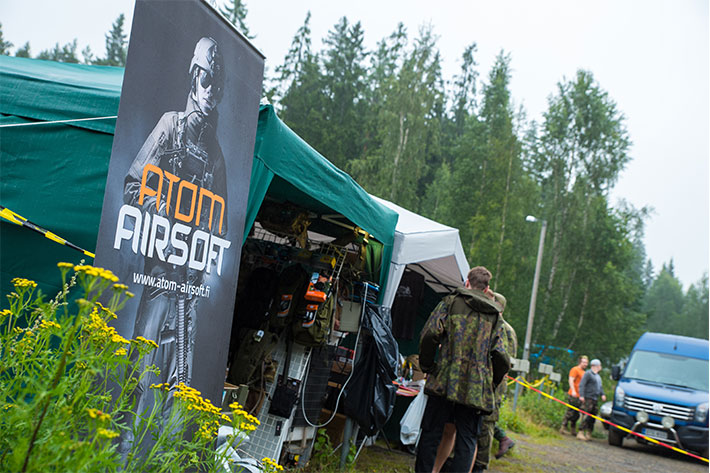 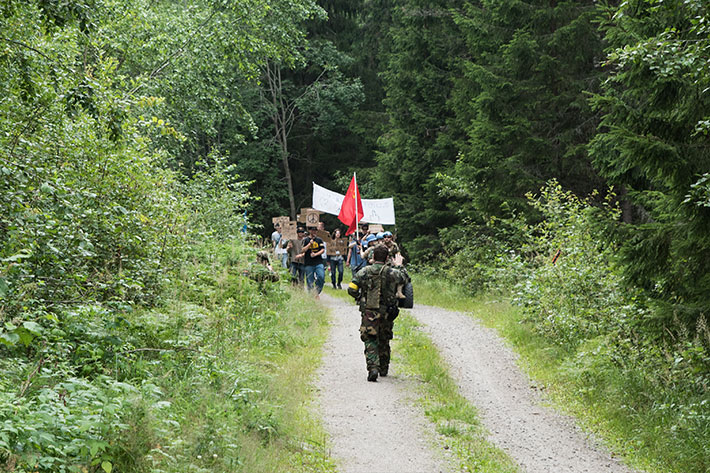 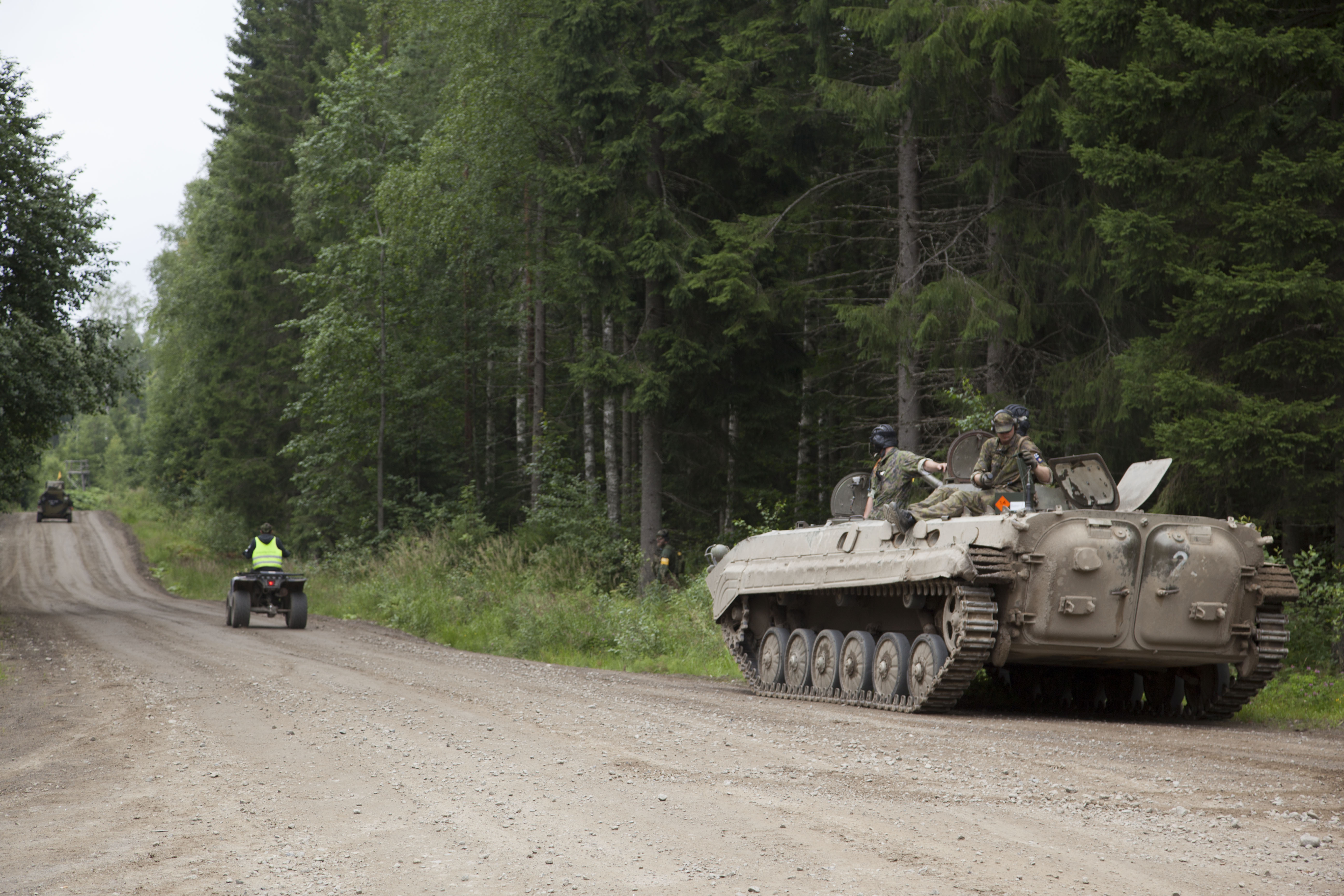 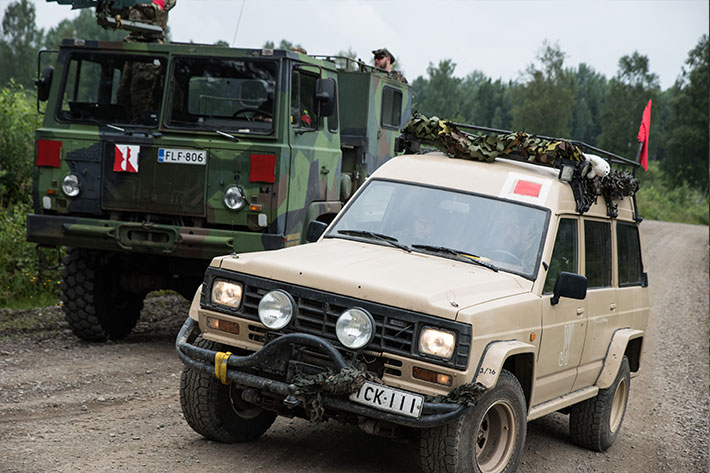 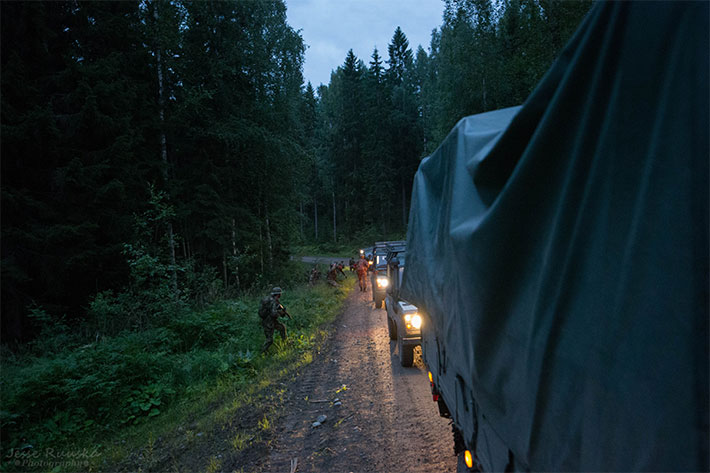 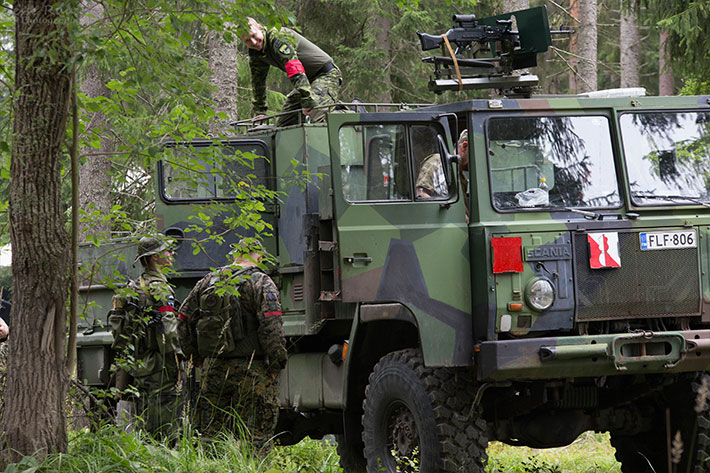 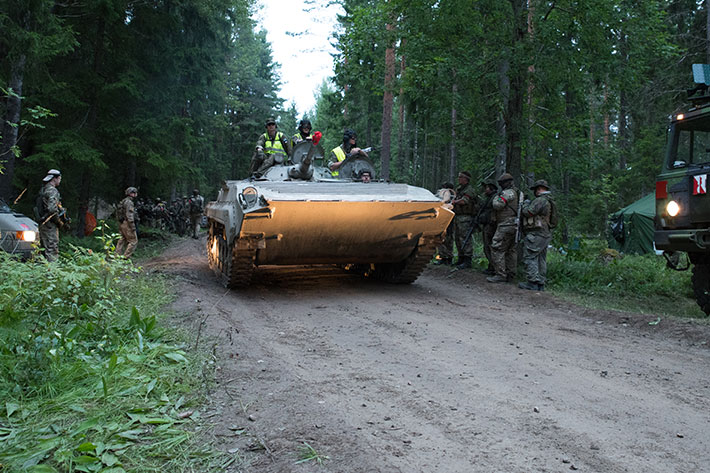 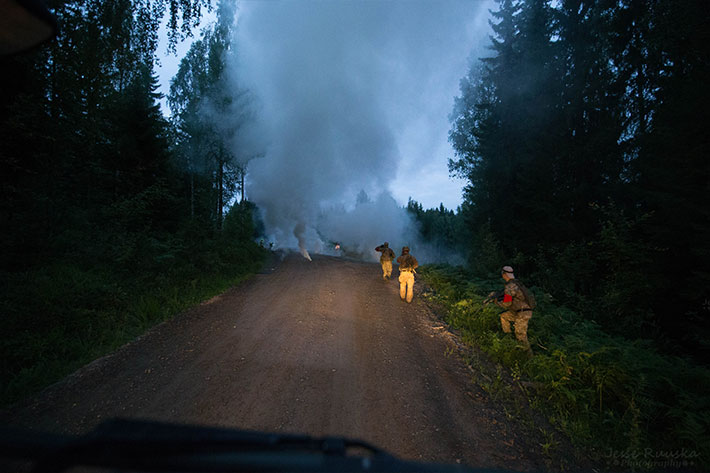 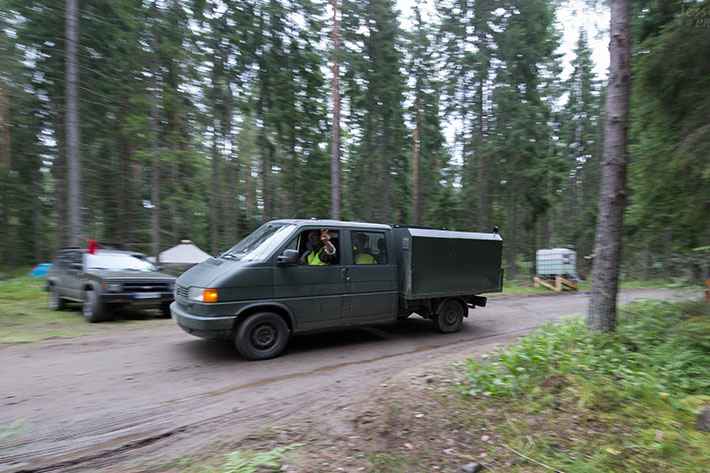 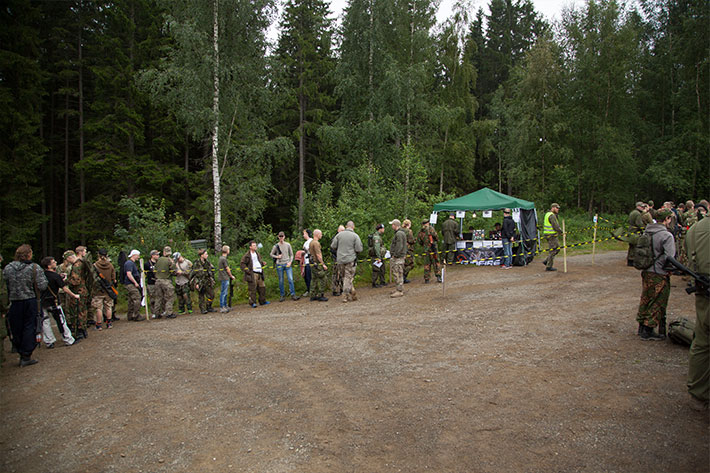 Constitution has been declared. 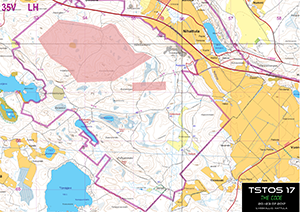 We have published the official map for Tstos 17. The map can be downloaded in 3 different sizes and file formats. The map has MGRS grid overlay and is printable in 300dpi.

Download the map from links below by clicking the link with right mouse button and pressing "save link as". 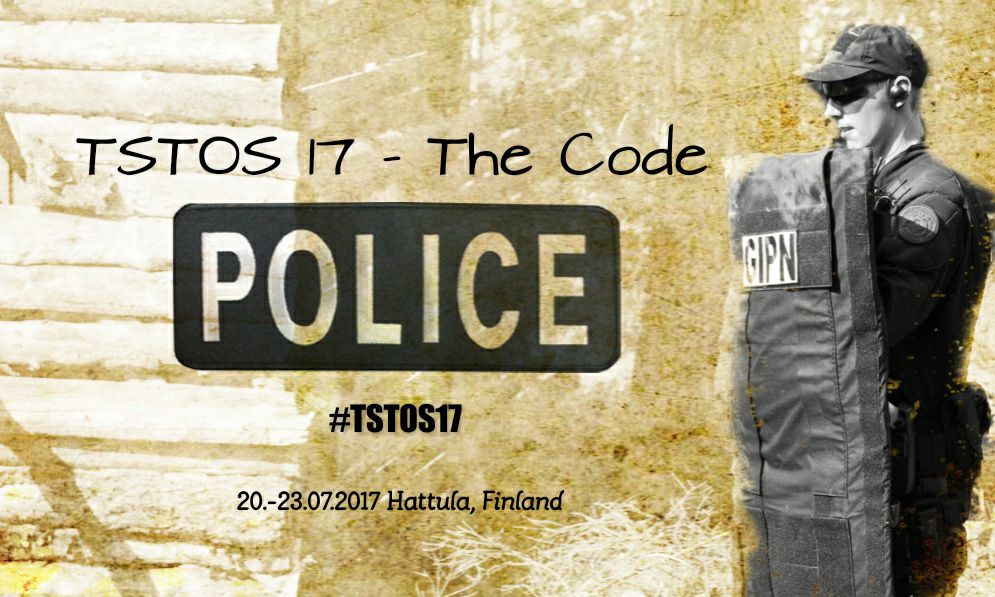 Recruiting time for Tiirikylä Police Department has been extended until further notice. Applications should be send to joel.myllyniemi(at)ehasa.org.

Rule improvements and announcements for civilians

Civilians are allowed to carry weapons. Muzzle velocity and other rules are same as for everyone else. There are however some differences. To acquire a legal firearm civilian player must register their weapon at Police register. Tiirikylä Police will provide civilians with licenses. If any illegal arms are found in-game those might be confiscated by the police. There are also other in-game sanctions for carrying illegal firearm. You MUST chrone all your weapons both licensed and illegal!

ABOUT POLICE OPERATIONS IN ILVESKALLIO AREA

Tiirinkylä Police will be operating in Ilveskallio area. Village police will provide order and security for Tiirikylä and its surroundings. Number of registers are also taken care by the police. Constitutional and criminal law will be published later.

Tiirikylä Police is recruiting until the end of May. You can send an application to joel.myllyniemi (at) ehasa.org. 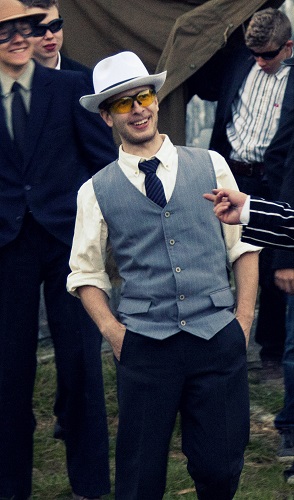 I’m Yeti Kakko (yeti.kakko@gmail.com) and like year ago I will be playing as village mayor. Even though I have been mainly organizing games recently I’m still an active airsoft enthusiast with game experience of 10 years or so. I have played and organized all kinds of games from WWII to TSTOS Parola. When not playing airsoft one can find me from Tampere where I study and spend my time with music, theatre and various games.

During the game I will be known as Petri “Sipi” Juhala the mayor of Tiirinkylä the Ilveskallio’s major settlement.

"After the late mayor of the village had departed when war entered Ilveskallio area, Sipi immediately ran for the position. Before his candidacy Sipi hadn’t been involved in local politics but surprisingly he entered the office with majority of votes. Press has speculated that villagers were in need of a strong new leader in these dark times of conflict. Accordin to himself Sipi represents the Centre Party of Finland but most scholars have said that his actions are similar to policies of populist-agrarian Finnish Rural Party.

Sipi has been accused of nepotism, corruption and secrecy but the mayor has denied any involvement in this kind of activity and also stated that media has made up all accusations to oppose the greater good.”

There has been lots of interest in civilian side but dig up the rest of your friends and get them on the field to Make Tiirinkylä Great Again! After this, join civilian Facebook group: https://s.ehasa.org/tstos17sivfb 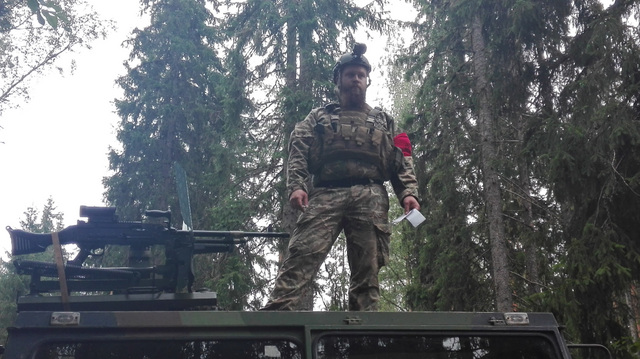 Howdy! My name is Petteri “Ouveni” Suhonen (petteri.suhonen@gmail.com) and I will be the commander of Uusimaa battalion.

I live in Helsinki metropolitan area but usually one can find me playing airsoft in Pirkanmaa region or Brick factory.  In addition to Finnish games I frequently visit foreign events as well. I have been playing since 1999.

With lessons learned from the previous game we will make the upcoming game even better. Remember to register early and arrive with a smile on your face. Don't forget to join the Facebook group:https://s.ehasa.org/tstos17uusimaafb 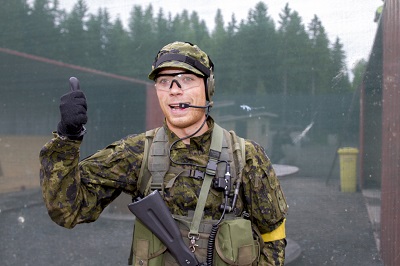 I’m Jesse Suokas (jesse.suokas@ehasa.org) the acting commander of Pirkanmaa battalion. I will make preparations for actual commander who will be chosen from players. I will also support the actual commander during the game as game master assigned to Pirkanmaa side. We are also looking for good team players for headquarters platoon.

Airsoft has been my hobby since 2005 and I joined Ehasa in 2012. I might be familiar to some as victorious commander from our Conquest-games. I have also played as platoon leader in Berget and operated as a game master in various events.

The commander and headquarters platoon are extremely significant part of game in TSTOS event. To succeed the fighting side must prepare accordingly. Thus I request that all Pirkanmaa combatants join Pirkanmaa Facebook group https://www.facebook.com/groups/1597285277247766/ if possible so we can start preparations as soon as possible. 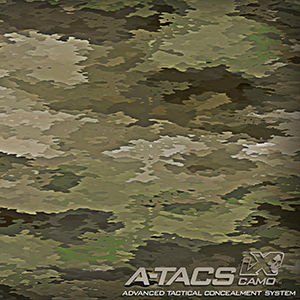 Uusimaa-faction camouflages have been updated 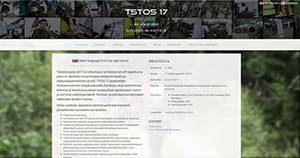 TSTOS 17 event web site has been opened in two languages. We actively collect feedback of the site and its content. If you find any errors or false information please contact us by e-mail.